Potentially one of Nepal’s most unique trek, developed as recently as November 2005 and off the beaten trek, this easy trek will take you through the Nepal mid hills into the Chitwan National Park.

Designed in the new concept of sustainable tourism and being completely untouched by the earlier forms of tourism, this place is pristine, untouched and extremely beautiful. Home stays on both nights of the trek make the contact with the local population real and full of experience.

Even the food is local, making the contribution to the local economy maximum. Local guides and porters add to the sustainability of this trip. Magars, Gurungs and one of the disadvantaged ethnic groups in Nepal, the Chepangs live in this area. The home stays are in Magar and Gurung families and we will visit a Chepang family too. We also visit the Upardang fortress, used in earlier times by the government to collect tax in the old trade route. After two nights and three days of trekking, we continue on to one of Nepal’s best attractions, a jungle safari in the jungles of Chitwan.

Chitwan National Park is the most popular destination for tourists wanting to have a good experience of the region’s wildlife. In 1984, UNESCO designated Royal Chitwan National Park a Natural World Heritage Site. The Park offers protection to 56 species of mammals including the one-horned rhinoceros, Bengal tiger, leopard, sloth bear, wild elephant, striped hyena, Gangetic dolphin and wild bison. There are estimated to be 470 species of mammals, over 500 species of birds, 126 species of fish, 150 species of butterflies and 47 species of reptiles in the park! A recent study also points out that over a third of Nepal’s tigers are in Chitwan.

The Chitwan National Park offers a wilderness of rich ecosystem that includes mammals, bird’s reptiles and water animals of several kinds. It is little surprising therefore that this is one of the most popular and most frequented parts of the country.

Owing to its rich adornment of nature the park was declared UNESCO Natural Heritage Site in 1984. The park that includes in its area a part of the Churiya Hills is covered with deciduous forests overlooking the floodplains of Narayani, Rapti and Reu rivers. There are around 600 plants species, 50 mammals, 526 birds and 49 amphibians, reptiles found in the park. The highlights, of course, are the 500 Asian one-horned rhinoceros and some 100 nocturnal Royal Bengal tiger that live in the dense forests of the park. Sharing home with these are other animals like rhesus monkey, gray lungur, deer, leopards, white stockinged gaur, wild boar, wild dogs and wild cat. 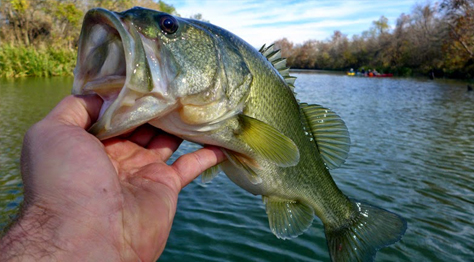 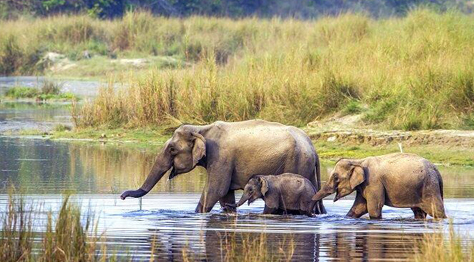 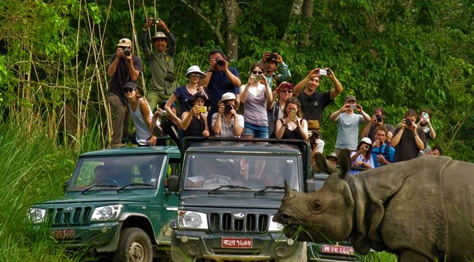 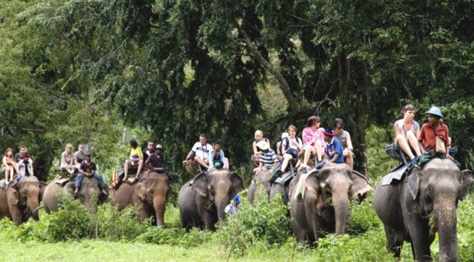 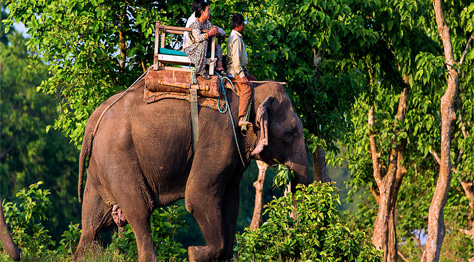 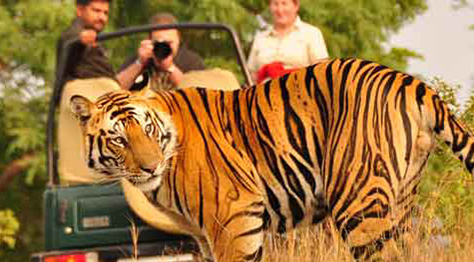 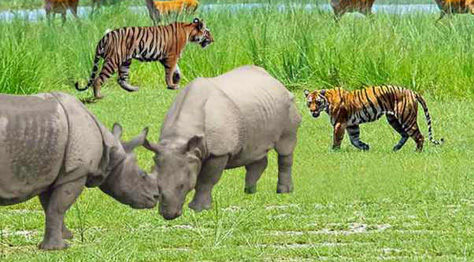 TALK TO AN EXPERT

Get In Touch With Us

Make Money While You Travel to Nepal, and other destinations and Earn Discounted Travel on all Friendship World Trek Pvt. Ltd. Adventures trips to Nepal, India, Bhutan and many more destinations.

Why Trek in Nepal?

What is Trekking? Trekking means a journey undertaken on foot for sight seeing in areas where modern transport system is not normally available. A walk… More »

Domestic Air Service Nepal Airlines (RA) has an extensive network of air services in the interior of Nepal. It has scheduled connection flights from Kathmandu… More »